For nearly 30 years, Richard has been involved in and around the plumbing industry. He started his plumbing company from his kitchen table and grew it into a successful, recognized brand. He sold his company in 2017 and created Million Dollar Plumber where he is passionately committed to helping plumbing professionals around the world achieve success and realize their dreams. 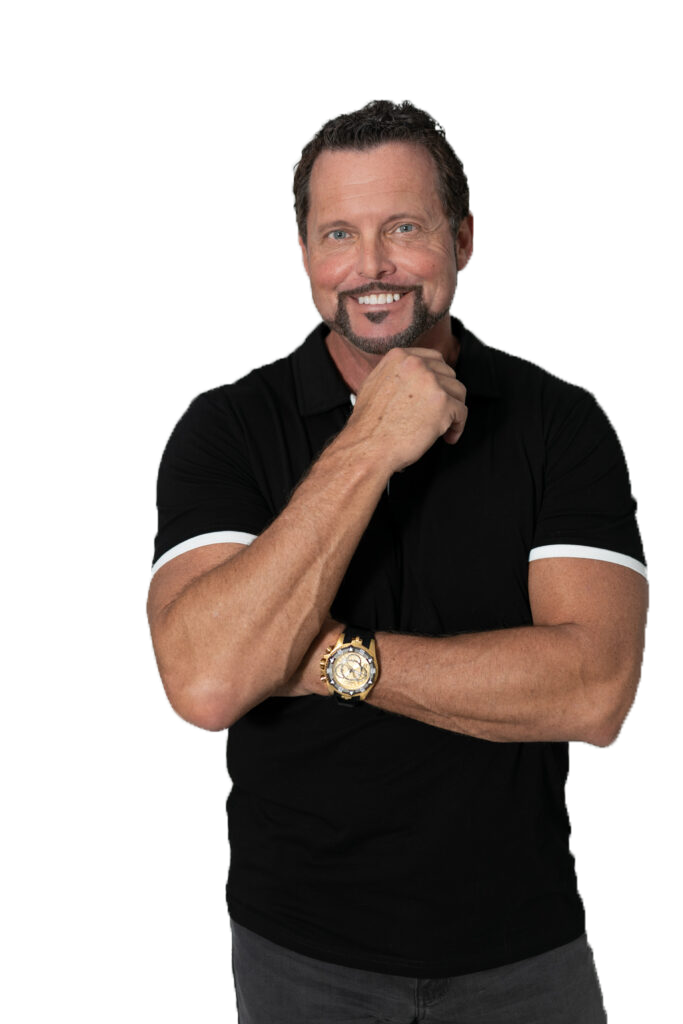 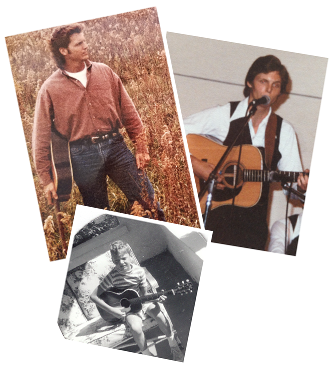 Before Richard had a pipe wrench in his hand he could usually be seen with a guitar in his hands. He started playing and writing music at the age of five; copying the styles of his favorite artists Glen Campbell, James Taylor, and John Denver. Discovering a love for entertainment and developing his musical talent, Richard was “drafted” right out of high school to tour the U.S. and Canada with a world famous choral group and orchestra; playing 10,000 seat concert halls that include Carnegie Hall, and even playing the Tonight Show with Johnny Carson.

Richard eventually followed his music dream to Nashville, Tennessee where he would plumb during the day and play honky tonks into the night. Richard says he owes plumbing for his country music opportunities because he was able to slip a demo tape through the wife of a major record label president after she drove him to the hospital after slicing his hand while cutting Italian marble to set their new master bath toilet.

Richard admits that he never had aspirations to be a plumber; let alone a Master Plumber and to go on to start and grow a very successful plumbing business. But, “fresh of the boat” after a stint in U.S Navy as an air traffic controller, Richard was taken “under the wing” of the man who owned a very successful plumbing company in his hometown of Dayton, Ohio who Richard affectionately calls “Mr. P”. It was there that Richard credits learning the “toilet nuts and bolts” of the plumbing business.

Like many plumbing professionals, Richard felt the desire to strike out on his own and start his own plumbing company. He started his plumbing company with a few hand tools, an old truck, and a hunger to succeed. He fondly recalls how he would perform whatever plumbing jobs he could scrounge during the day, while throwing boxes for UPS at night for medical insurance to cover his young family. Through hard work and determination, Richard eventually grew his solo, kitchen-table operation into a multi-truck, multi-seven figure plumbing brand serving central Indiana. Richard sold his plumbing company early 2017. 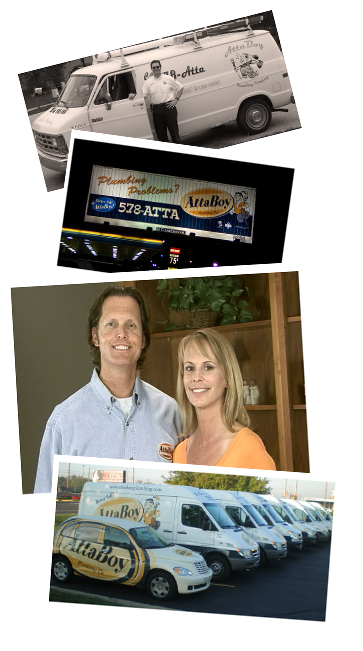 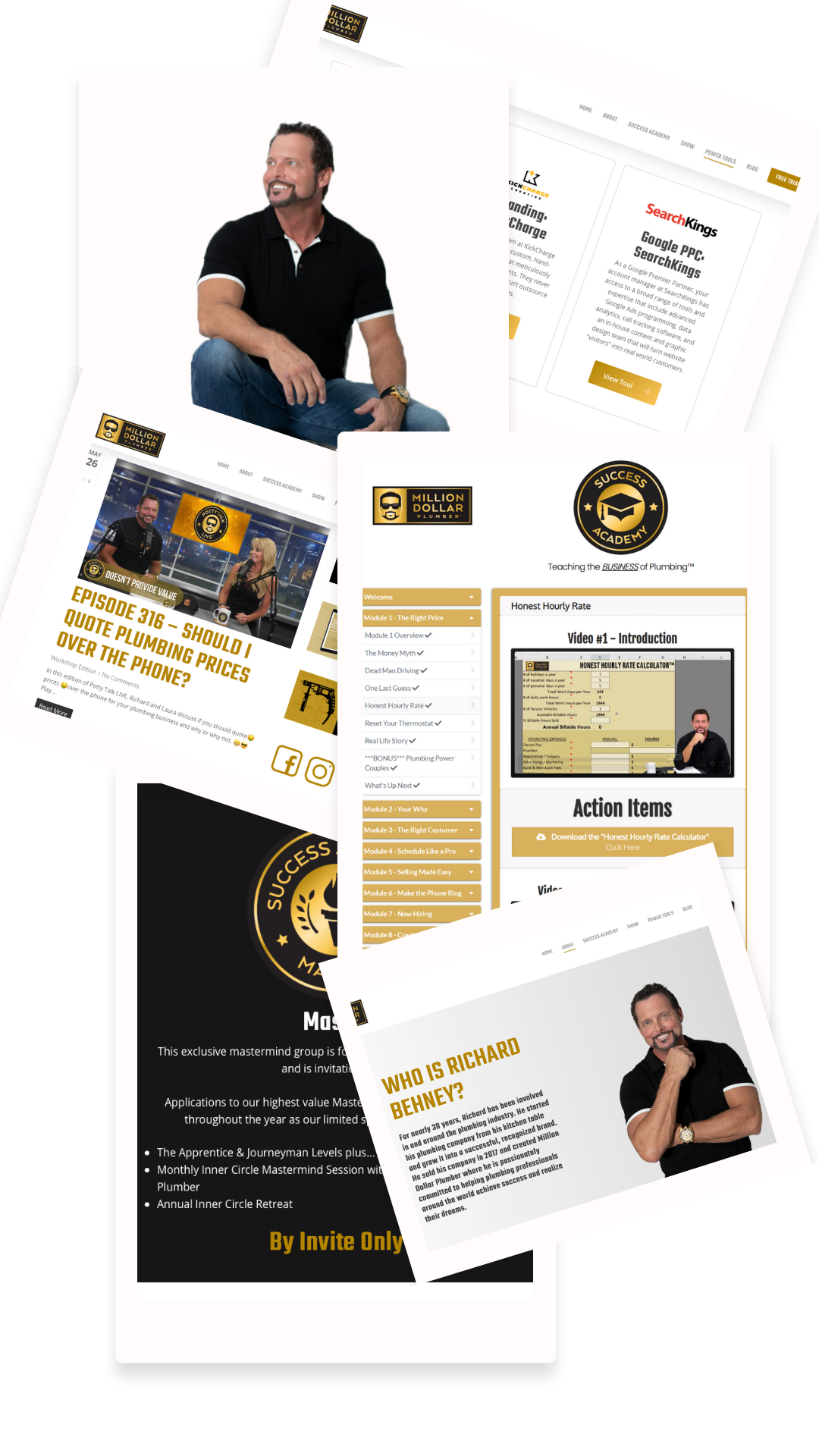 Million Dollar Plumber is born out of Richard’s commitment to excellence in the plumbing industry and a passion to help other plumbing professionals around the world to achieve the success they desire.

There is nothing like Million Dollar Plumber available to plumbing professionals on the planet!

Whether just starting out or seasoned veteran, Richard’s Million Dollar Plumber suite of “nuggets of gold” will shortcut years of trial and error, wasted time and money and can save you from failure. Richard has taken first-class consulting only available to “big” plumbing companies and made it very affordable and available now to any plumbing professional with a truck, dream, and desire to succeed. 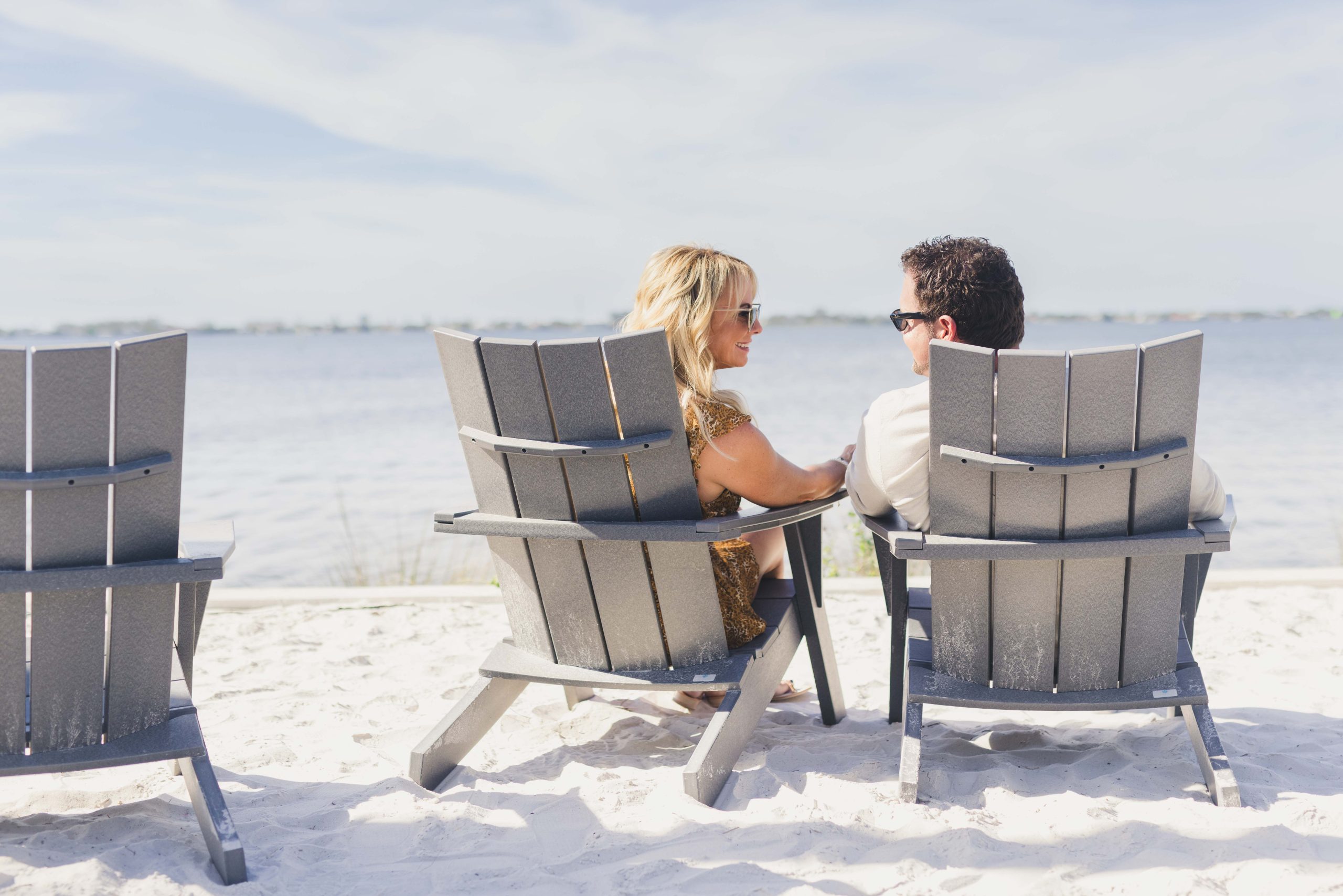 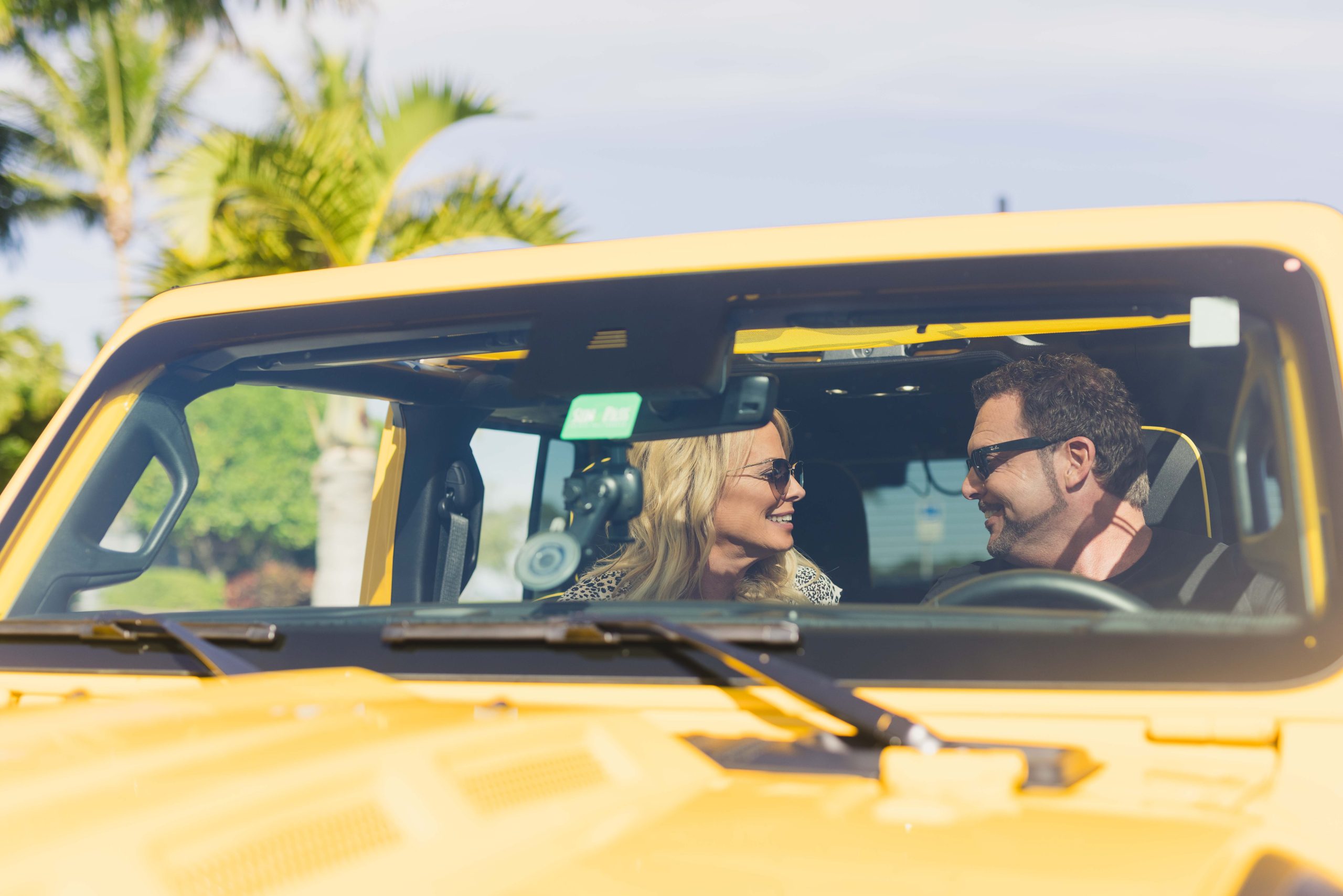 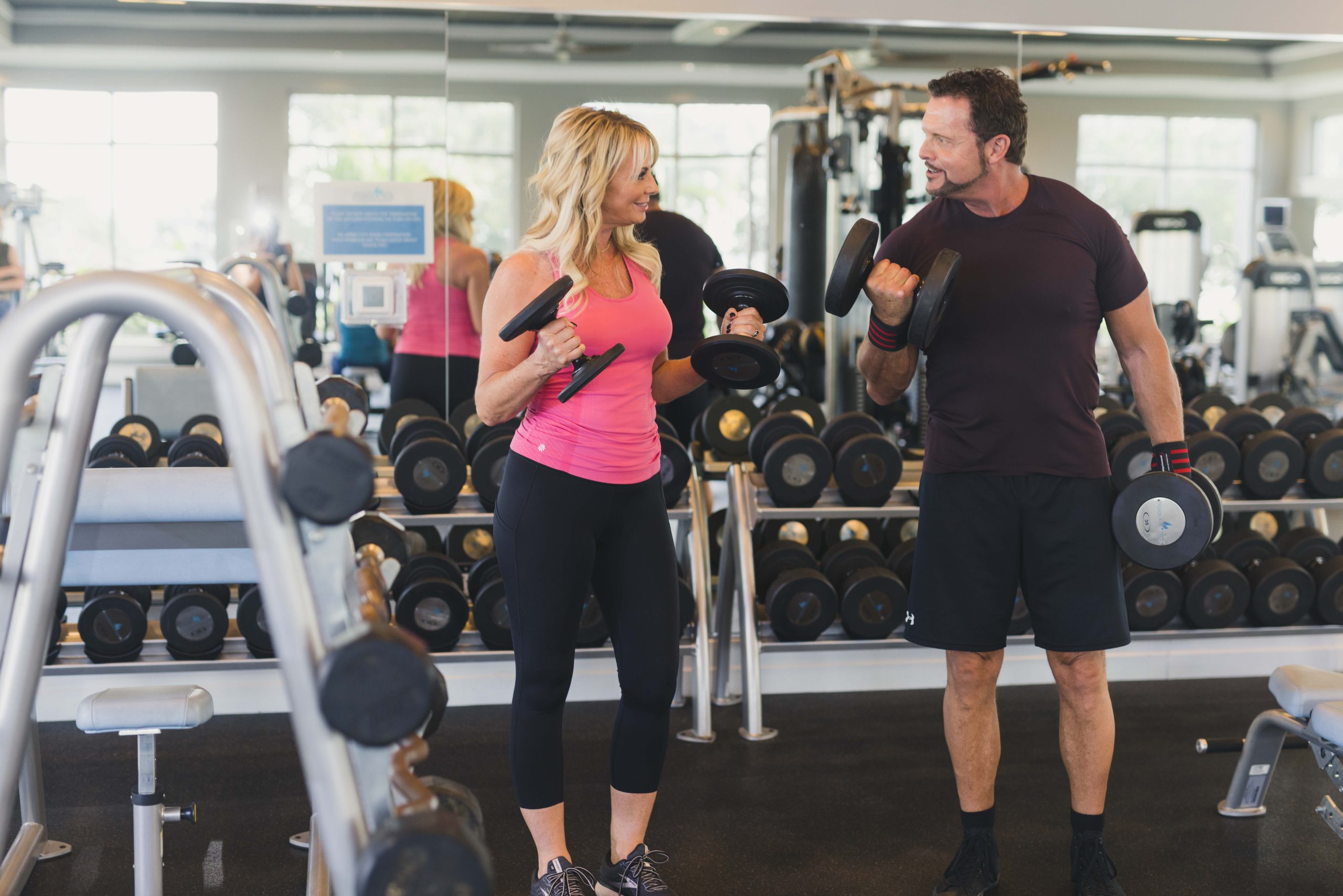 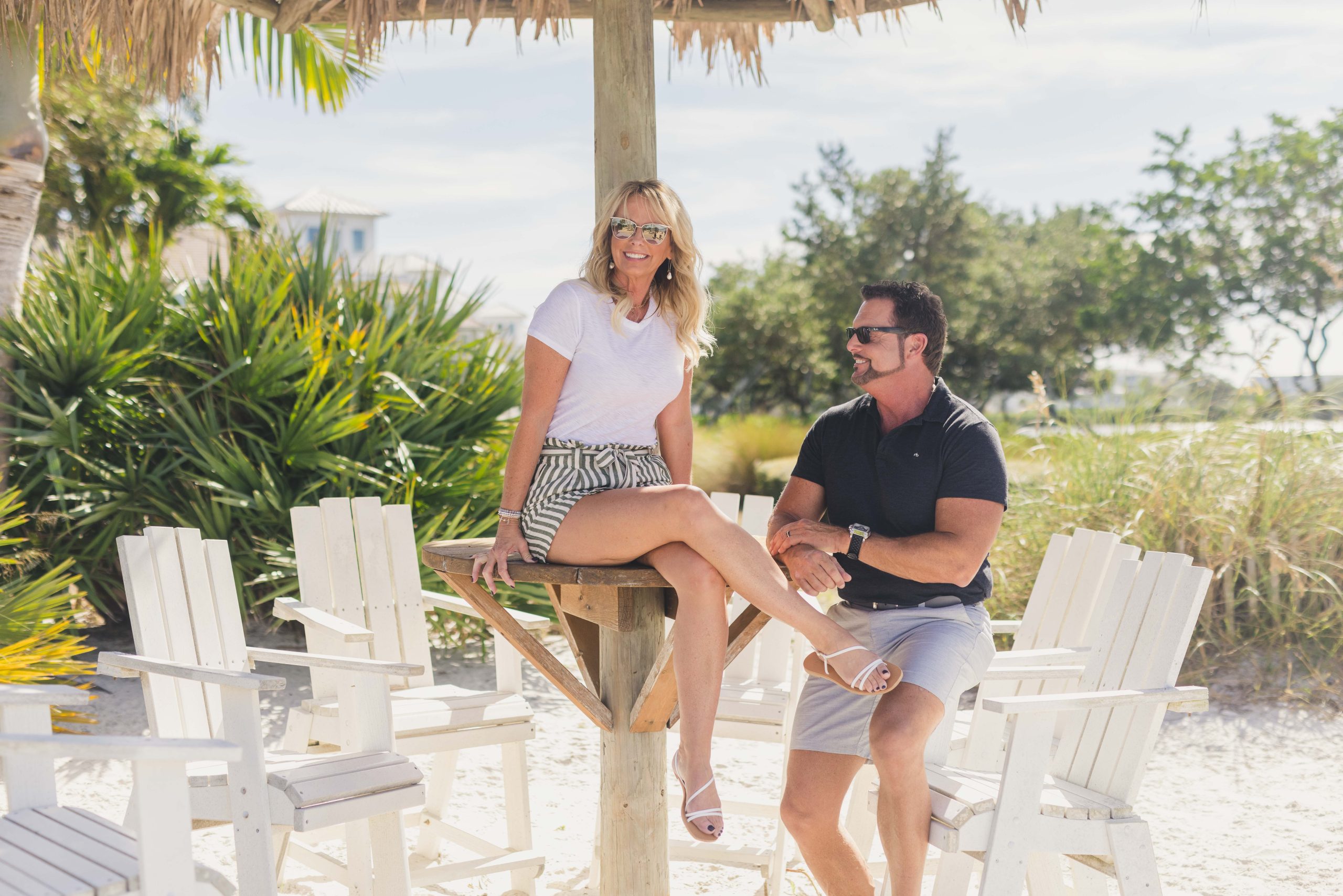 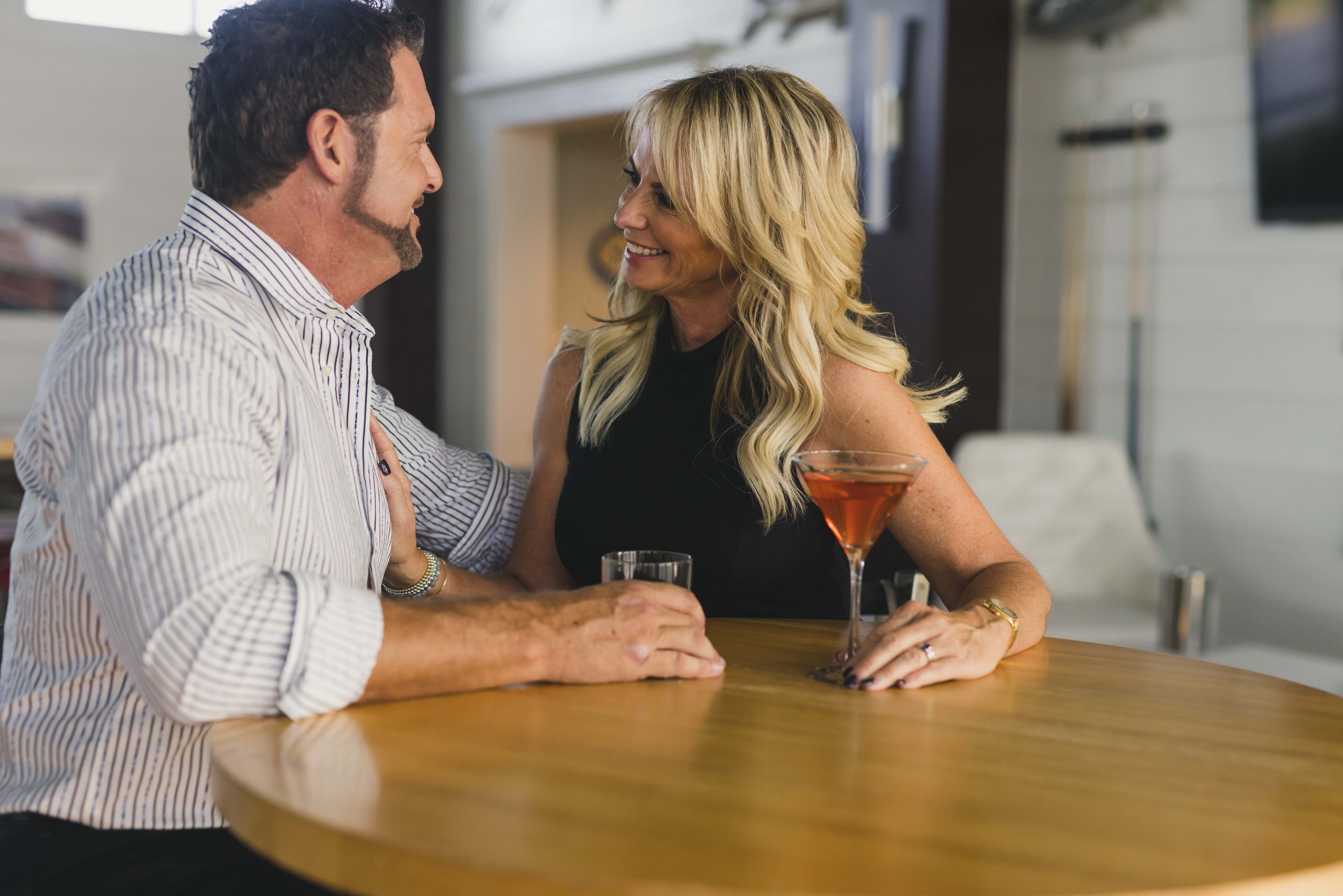 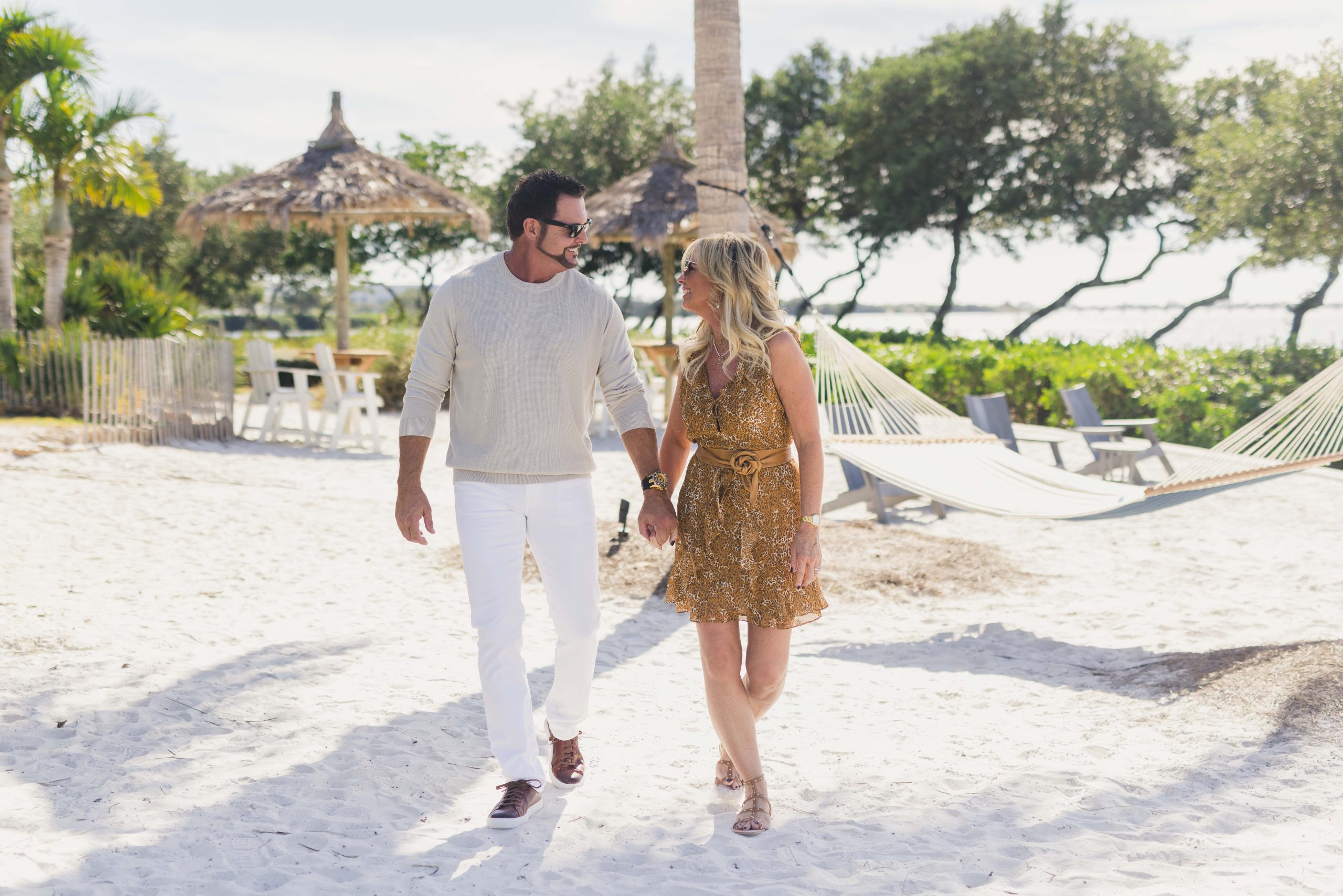 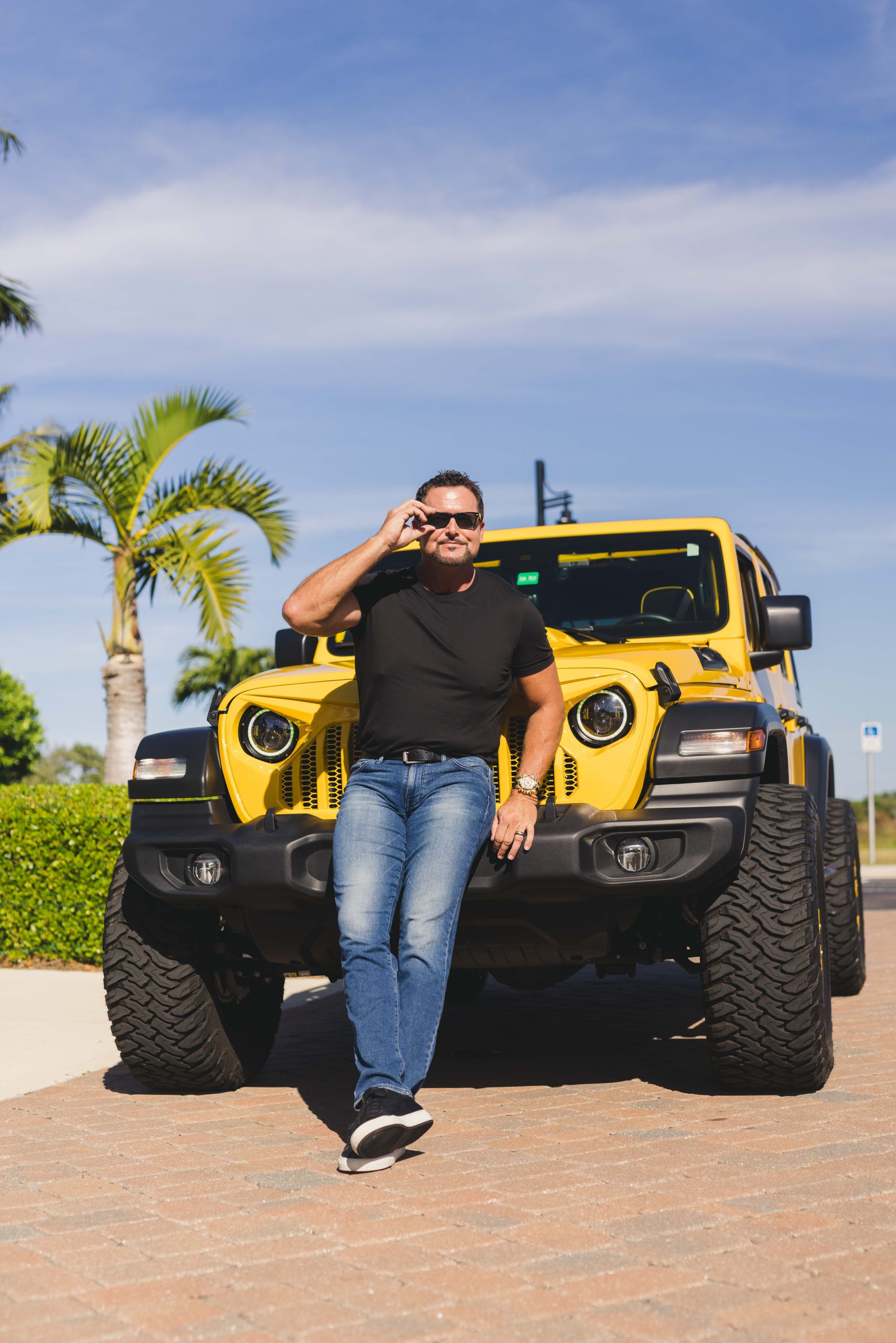 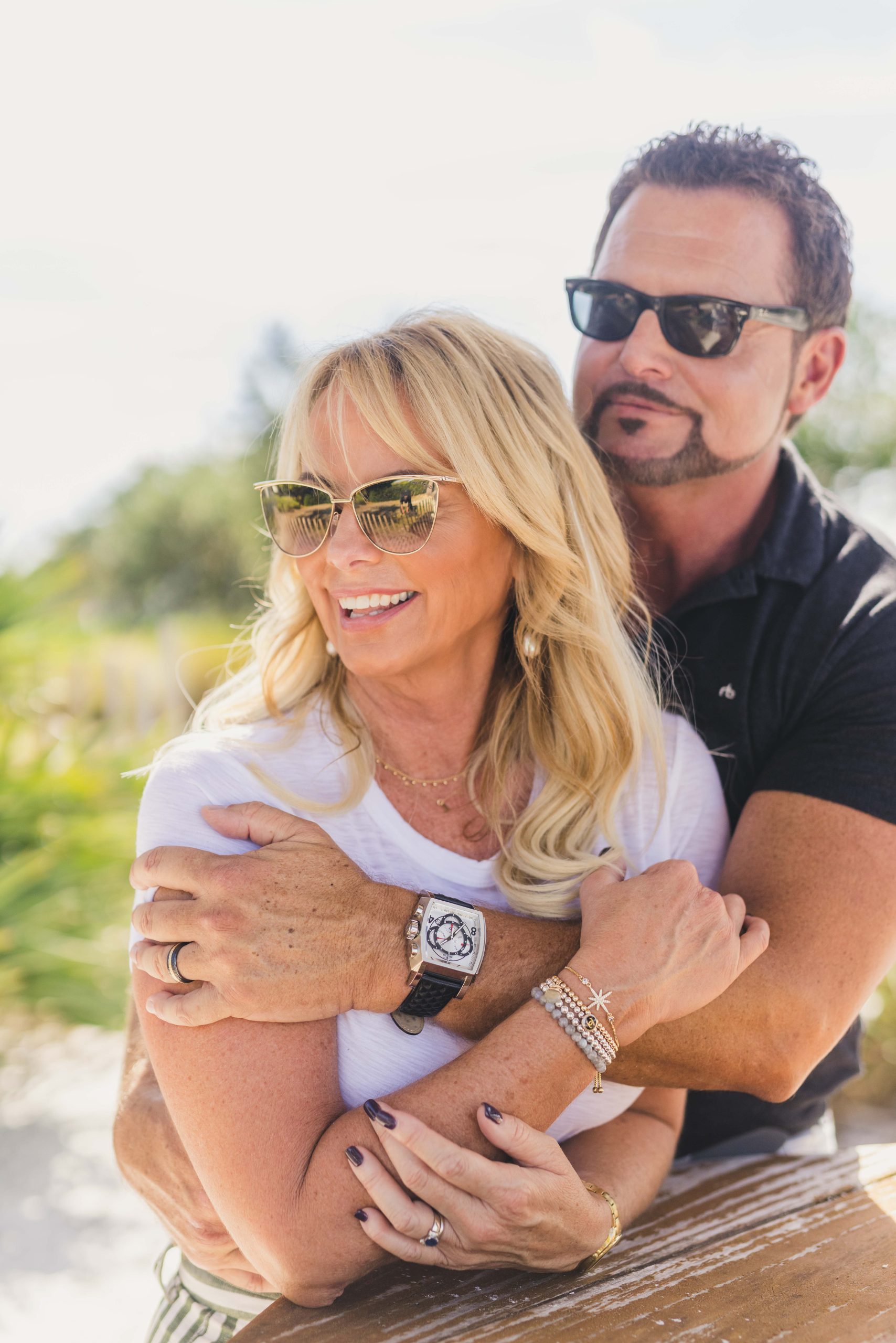 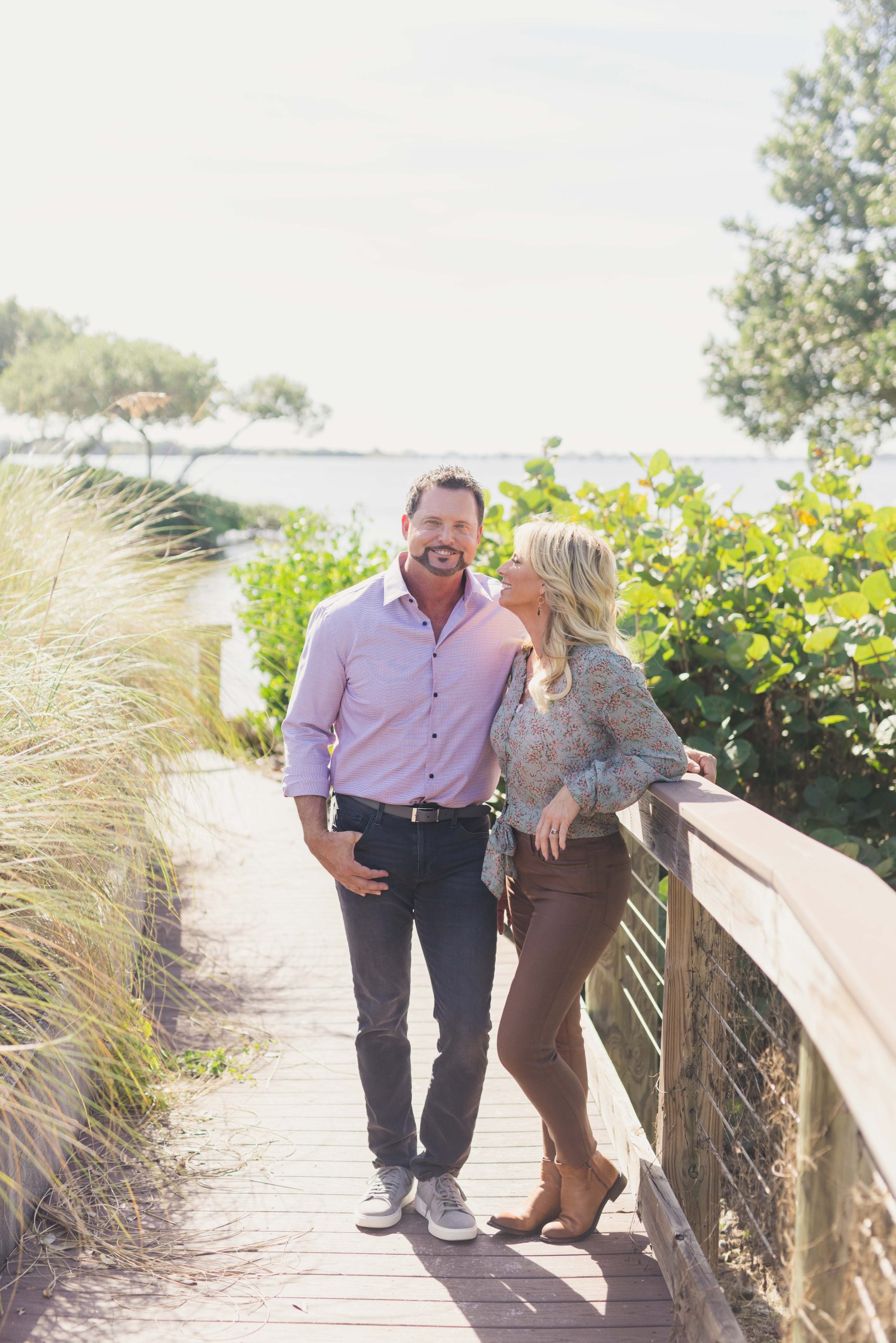